JEHAN BSEISO will be reading poetry and having a conversation with Stephen Sheehi, our own Advisory Council member and Sultan Qaboos Professor of Middle East Studies at William and Mary College.

A Virtual Celebration of Creativity & Community

The 1455 Summer Literary Festival is a celebration of writers, readers, creativity, and community, held VIRTUALLY over three days in July 2020.

1455 is honored to announce Jehan Bseiso as a Special Guest for this year’s Festival: 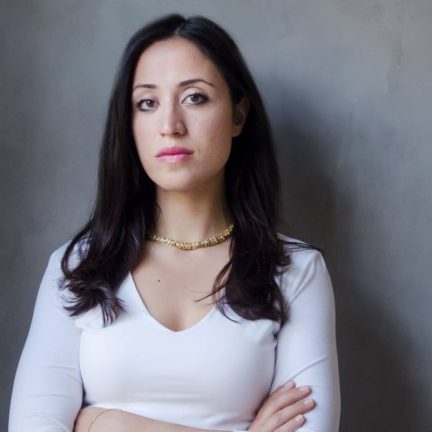 Special Guest Jehan Bseiso is a poet, researcher and aid worker. Her poetry has been published in several online platforms. Her co-authored book I REMEMBER MY NAME is the Palestine Book Awards winner in the creative category (2016). She is the co-editor of MAKING MIRRORS: WRITING/RIGHTING BY AND FOR REFUGEES (2019). Jehan has been working with Médecins sans Frontières/Doctors Without Borders since 2008.

(names and images have been obscured to protect identity of presenters)

Steve Benson, Ph.D        It Gets Hard Talking About Palestine

Voices on Palestine was held during the four-day annual conference of the International Association of Relational Psychoanalysis and Psychotherapy (IARPP) in an effort to extend the conversation with and among the members of IARPP on the subject of Palestine – a conversation which began in December 2017 when the Steering Committee of the USA-Pal MHN sent a letter to the members of the Board of IARPP requesting that it reconsider its decision to hold its 2019 annual meeting in Israel. It was a standing-room-only event with approximately 150 participants.

The refusal of the IARPP Board to reconsider this decision, the petition signed by 1400 mental health workers and professionals protesting this refusal, and subsequent events, publications, and documents are available elsewhere in our website as Recent Posts.

Discussion of the IARPP’s damaging decision to maintain the location of the 2019 conference in Israel is described in “Progressive Psychoanalytic Organization Splits, Silencing Members Over a Tel Aviv Conference” by Ruchama Marton, “IARPP Clamps Down Debate on Palestinian Mental Health at its Conference in NY” by Alice Rothchild, and in “To the IARPP Board: What did Gaza mean to you?” by Samah Jabr and Martin Kemp.

Press releases describing events prior to the Voices on Palestine forum:

The International Association for Relational Psychoanalysis and Psychotherapy (IARPP) unsuccessfully attempted to prevent a meeting of the USA-Palestine Mental Health Network (USA-P MHN) at the hotel where both organizations are holding conferences this June. The USA-P MHN maintains that the IARPP, while purportedly a non-political professional organization, has consistently acted to defend the behavior of the Israeli government while presenting a false façade of encouraging “open dialogue.”

Communication between these two organizations has focused on differing views of how professional organizations can foster discussion regarding the impact of the occupation on the mental health of Palestinians and Israelis. When the IARPP announced in December 2017 its plans to hold its 2019 annual meeting in Tel Aviv, the USA-P MHN and a noted Palestinian psychiatrist wrote the IARPP Board requesting that they reconsider the venue; the plea for a different venue was rooted in a protest of Israeli human rights violations as well as the practical fact that Israeli policy would severely limit conference access by Palestinian mental health professionals, clinicians from several other countries, and clinicians who are known to belong to various human rights organizations. IARPP refused to consider alternative venues. In response, the USA P MHN with Jewish Voice for Peace and the UK-Palestine Mental Health Network circulated an on-line petition asking for reconsideration of venue that has now gathered over 1400 signatures from mental health workers and professionals globally.

As the 2018 IARPP annual meeting was set to take place in a hotel in New York City, the USA-P MHN once again attempted to engage the IARPP Board, so that the event could facilitate the networking of attendees regarding the mental health challenges associated with the Israeli occupation of Palestine; a request by the USA- P MHN to rent a literature table at the IARPP conference was denied. In order to provide such a networking venue, the USA P MHN then contracted with the New York hotel to rent a separate conference room for an independent symposium of scholars, professors of medicine, senior clinicians, and other academic dignitaries entitled “Voices on Palestine” during a lunch-time break within the main IARPP meeting activities. Indeed, the USA P MHN cordially invited the entire IARPP Board of Directors to attend the “Voices” event, specifically emphasizing that it had been carefully scheduled so that it did not interfere with any IARPP conference speaker.

Instead of responding to the invitation, IARPP instead complained to the hotel’s Managing Director that the “Voices” forum had been scheduled to “interfere” with the IARPP conference and that its goal was to “disrupt” the IARPP conference. IARPP further informed the hotel that it had hired its own private security forces to be present at its conference. Alarmed by these statements, the hotel’s Managing Director arranged for there to be a NYC Police Department presence in the hotel to maintain order. He then contacted the USA-P MHN and asked for the “Voices” event to be postponed or moved elsewhere.

Fortunately, the USA-P MHN was able to respond to the Managing Director’s concerns and to dispel the distortions of fact which IARPP had presented to him. As a result, hotel is permitting the symposium entitled “Voices on Palestine” to proceed as planned.

The USA-P MHN goes on record as objecting most vigorously to IARPP’s underhanded, dishonest, and hysteria-fanning manipulations, which are especially distasteful in an organization allegedly devoted to professionalism and human dignity. The parallels with the behavior of Israel are all too apparent: hypocritical claims of innocent victimization and a disingenuous eagerness for “dialogue,” concealing a brutal ruthlessness in silencing all genuine debate.

Another effort to undermine the “Voices” event—now three weeks away—was made known on May 22nd: the sudden scheduling of a memorial service for a recently-deceased member of IARPP to be held during the IARPP conference at the very same time as the “’Voices” forum.

The USA-P MHN too is deeply grieved by the death of this colleague, whose life and work will be honored at the “Voices” forum. But we object to the cynical use of his death as a lure to draw conference-goers away from the “Voices” event. The IARPP conference extends over four days and there are multiple opportunities for IARPP to schedule the memorial at times when it is not so transparently doing double duty as a tribute to a colleague and a convenient way to shut down the communication of political views with which IARPP disagrees.

It is hard to imagine a more disrespectful use of tragedy, although those who turn a blind eye to the behavior of Israel may have had many generations of practice exploiting sorrow and mourning in order to silence critical debate.

Update: The USA-P MHN is pleased to see that on May 25, 2018, the IARPP announced on its website that the date of its memorial service had now been changed. The scheduling of the memorial service no longer conflicts with the “Voices on Palestine” forum.